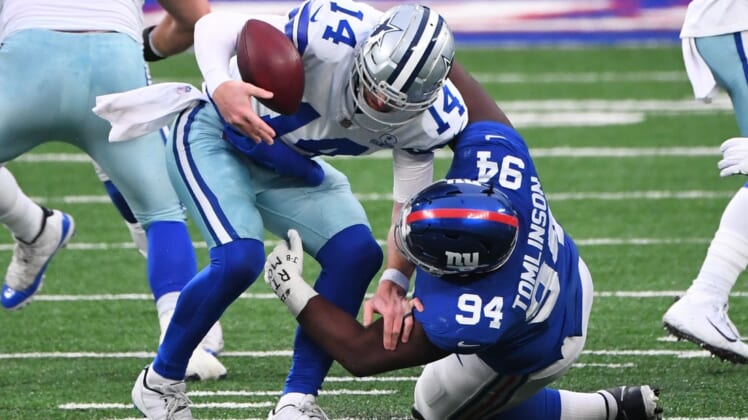 Defensive tackle Dalvin Tomlinson agreed to a two-year, $22 million deal with the Minnesota Vikings, according to multiple reports Monday night.

Tomlinson plays nose tackle, and the run-stuffer was a priority for the Vikings and head coach Mike Zimmer. He’ll get $15 million to sign and make $16 million total in the first year of the deal, NFL Network reported.

Tomlinson, 27, spent four seasons with the New York Giants since being selected in the second round of the 2017 draft. He never missed a start during his New York stint while registering 207 tackles and eight sacks.

By signing a two-year deal when free agency officially begins on Wednesday, Tomlinson can return to free agency at age 29 in 2023.