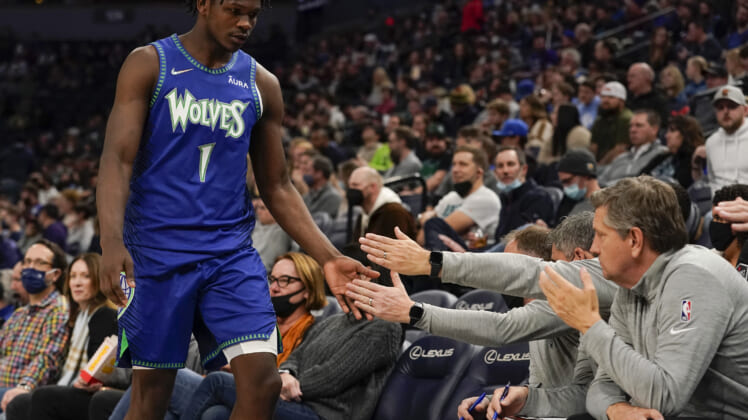 Football legend John Madden passed away on Friday. In response to his passing, sports figures from around the world haven’t been shy to share their story about Madden and how he’s impacted their lives. Now, Minnesota Timberwolves star guard Anthony Edwards has become the latest.

Madden was influential in many aspects of football. One of those ways is by having his name on the most-popular NFL video game there is.

Edwards is well-known to be a big football fan, and like many others, he also enjoys playing video games.

Ant also had a lot of extra time on his hands this past week, since he was not allowed to participate in team activities until he came off the COVID-list.

Anthony Edwards shares another one of his talents

Ant-Man also likes to claim he’s the best at everything, it’s a common theme for the charismatic character. This is when the topic of Madden came up, and Ant provided yet another gold quote. Here’s the short clip.

Just in case you skipped the clip, Anthony Edwards declared himself the “best basketball Madden player in the world, for sure.”

Then, when a reporter mentions that John Madden passed away recently, Edwards said he heard the news while playing the game. Since he was playing Madden when he heard the news, Ant said he “had to beat somebody by like 30-40 points, to show my respect”.

Of course, purely for respect purposes.

John Madden impacted players of the past, current athletes, and with his likeness tied to the Madden NFL video game, he’ll continue being remembered in the future as well. You can’t be a football fan and not be aware of who Madden was. Being able to hear all the ways Madden added something to the game of football has been a heartwarming parting gift as we remember his legacy.

The NFL plans to honor Madden with a moment of silence during this week’s games and they will surely come up with another solution to honor one of football’s most revered figures.