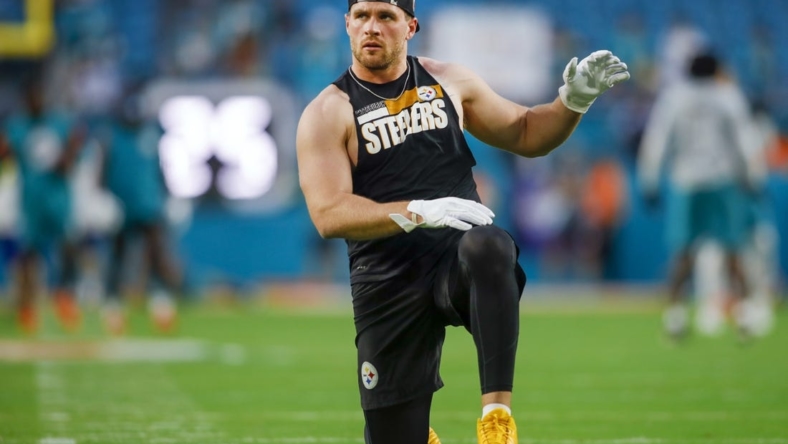 Steelers All-Pro pass rusher T.J. Watt might be ready to jump from practice to gameday on Sunday when Pittsburgh returns from last week’s bye.

Safety Damontae Kazee (arm) and Watt (torn pectoral muscle) are eligible to play Sunday against the New Orleans Saints if they’re activated from injured reserve. Kazee said Monday that he is fully healed from the broken forearm he suffered in preseason.

The Steelers have a deadline of Saturday at 4 p.m. ET to make the roster moves, or Watt and Kazee would wait another week.

Watt considered surgery after playing in the first regular-season game at Cincinnati but opted to seek additional medical input. He ultimately decided to delay the surgery for rehabilitation of the muscle.

He was a full participant in Monday’s fully padded practice and came out of the workout unscathed, leaving Tomlin “optimistic” Watt is ready to play for the first time since Week 1.

Cornerback Arthur Maulet said Watt’s return shifts almost everything for the Steelers — from scheme to mindset — despite their 2-6 record.

“Honestly, for everybody … he makes it a whole lot different. You’ve got an MVP guy, right? But also just the work he puts in, it’s just second to none,” Maulet said.

Kazee had a plate and nine screws inserted to promote healing in his forearm, he said Monday.