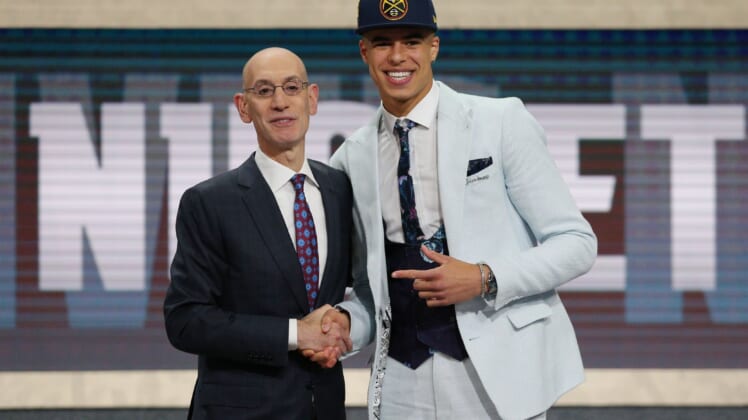 Denver Nuggets rookie lottery pick Michael Porter Jr. might not even suit up for the team during the 2018-19 campaign.

It was reported on Wednesday that the former Missouri star underwent yet another surgery on his ailing back last week. That came after Porter missed pretty much his entire freshman season at Missouri following another back procedure.

Unfortunately for the Nuggets and their young star, said surgery last week was a bit more serious than first let on.

According to Shams Charania of Yahoo! Sports, the forward underwent surgery on his lumber spine and there’s no timetable for his return to the court.

Denver Nuggets rookie Michael Porter Jr. underwent surgery of the lumbar spine. No timetable for his return to basketball participation.

This should lead to more speculation that Porter will sit out his entire rookie campaign. Remember, prior to last month’s draft, reports surfaced that teams looking into adding him were considering sitting him for the 2018-19 season.

Boasting a playoff-caliber roster and with their starting spots in the frontcourt already etched in stone, the Nuggets can afford to take it easy with Porter. Selecting him 14th overall was more about the future than the coming season.

This type of surgery typically sidelines an athlete for months. Normally, that would mean that Porter might be back for the start of the regular season. But based on his injury history, a longer-term approach is certainly needed here.