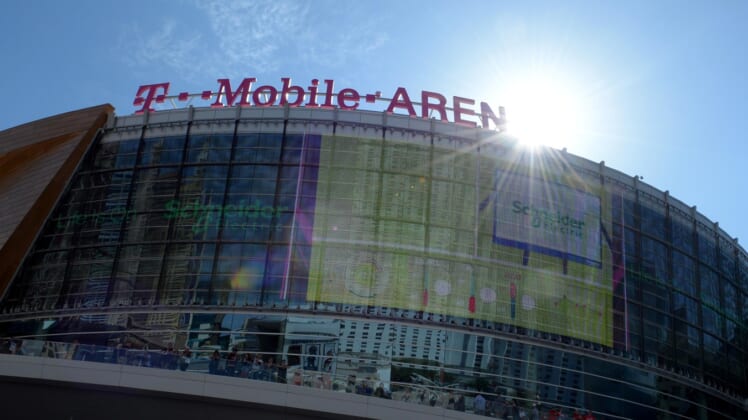 The desert metropolis of Las Vegas is quickly becoming one of the new epicenters of the sports world. It started with the NHL’s Golden Knights earning a trip to the Stanley Cup Finals in their inaugural season back in 2017-18. The Raiders will soon play their first game in Las Vegas after officially relocating from Oakland earlier this year.

Does this mean other pro sports leagues could be looking to Las Vegas as a potential destination? It sure looks like that’s the case.

This can’t be seen as a surprise. We’ve heard rumors about either a team relocating to Las Vegas or the NBA awarding the desert metropolis an expansion club here soon. The NBA Summer League has been a major hit in Vegas in recent years. The league also explored resuming its season in a bubble on the Las Vegas strip.

In fact, Mr. Murren opened up about the possibility of Vegas adding an NBA team years back.

The demographics in Clark County, home of Las Vegas, seems to suggest that the NBA would do well in the desert. As of 2019, the population was 2.27 million. That’s an increase of nearly a million over the past two decades. With the tourism industry in Vegas and its locality to Southern California, a region that was previously seen as small market is viewed in a much different manner right now.

As we saw with the Raiders’ near-complete Allegiant Stadium off the Vegas strip, local authorities have had no issues helping foot the bill for professional sports venues. For the Raiders, that included an increase in hotel taxes impacting tourists more than the locals.

The expectation here is that local millionaires and billionaires would get involved in order to bring a team to Las Vegas. Remember, Sheldon Adelson was a part of the Raiders’ move to Nevada before backing out at the last minute. It’s also possible that T-Mobile Arena, the home of the Knights, could host an NBA team until a new arena is built.

All of this comes with both Las Vegas and its biggest suburb, Henderson, openly discussing the possibility of adding a Major League Baseball team. Most recently, the Arizona Diamondbacks have been bandied about as a potential relocation candidate.

There were rumors that the Rio All-Suite Hotel and Casino off the strip could be demolished in order to make room for a new MLB stadium. The new owner of that property denied said claims late last year.

Despite this, land would not be an issue in either Las Vegas or Henderson. If the NBA is indeed interested in either expanding or relocating to Las Vegas, the city will be more than open to the idea.