New York Mets’ second baseman Robinson Cano says that apologizing to his teammates following a year-long suspension from the league was even harder than playing the game at its highest levels.

In November 2020, Cano tested positive for a banned substance for the second time in his career and was suspended for the entirety of the 2021 season. The suspension not only cost him a year of playing time as he closes in on 40 but also cost him $24 million in salary.

In a rare interview with the New York Post on Monday, the 16-year veteran spoke in depth about his time away from baseball. Explaining how he was “disappointed” in himself and having a feeling he “failed” his legion of fans with his positive drug test. It was a tough time for the 39-year-old, and the man known for his positive demeanor and smile tasted a very real bout of depression for the first time in his life during his year away.

“To be honest, that’s something you don’t have the words to describe how bad you feel, not only as an athlete but as a person,” Cano said. “You want to disappear. Now I know what it feels like when someone has depression.”

During his exile from the sport, Robinson Cano retreated to his hometown in the Dominican Republic and focused on his family and getting in the best shape he could for his eventual return. He also kept up with the team and watched games. However, he admits viewing his Mets teammates compete was heartbreaking at times because of the position he had put himself in.

“Every day, I sit down and watch the game. It’s hard to watch on TV and know that you have the talent and ability to be out there,” Cano explained. “Not only performance but being a leader in the clubhouse. Sometimes I cried.”

Throughout last season, Cano was often in contact with coaches and teammates and was still a part of the franchise from afar. There did not seem to be a great deal of ill will towards him and he was received with open arms upon his return for the 2022 season. However, part of that positive reception came from Cano making a concerted effort to make amends for his failure and making face-to-face apologies to many of his teammates. It was something he claims was one of the hardest things he has ever done. Even more difficult than playing in the MLB.

“It’s a hard moment. You have to sit in front of your teammates and apologize and talk to them. It’s harder than playing baseball,” said Cano. “This is something you don’t prepare a statement for. You have to say it from the heart. I am happy to be back and I want to be here to help this team. My biggest thing was not to be a distraction for the team. Especially this team, they have some new faces. They want to win. They spend the money. I don’t want to be like a stranger where no one wants to talk to me or the guys are waiting, ‘When’s he going to apologize?'” 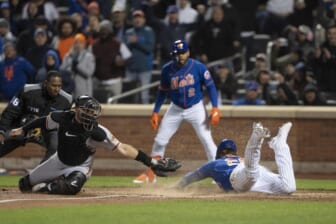 Over his first seven games, Cano has gotten off to a quiet start for the Mets. Batting .192 with one home run and three runs batted in. However, the team has still gotten off to a hot start with a record of 9-3 to start the season. The Mets return on our MLB games today listing Wednesday to play the San Francisco Giants.