Mason Rudolph fined $50,000 for role in fight with Myles Garrett 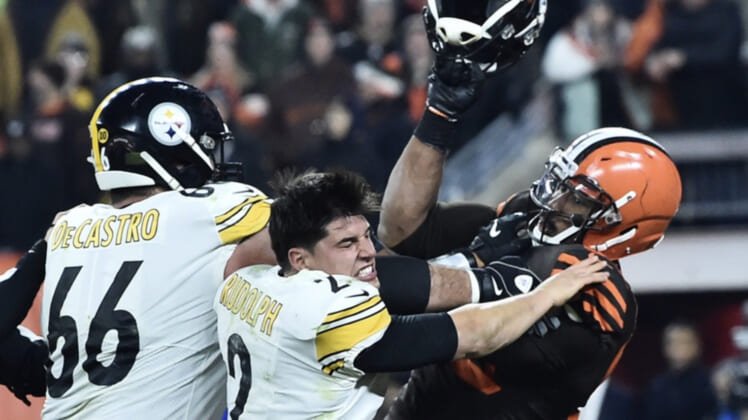 Pittsburgh Steelers quarterback Mason Rudolph has been fined $50,000 for his role in the incident that has Myles Garrett suspended indefinitely.

Ian Rapoport of NFL Media shared this news Saturday, noting other players were and have been fined for their roles in the melee that followed, including players who left the bench area.

Rudolph was trying to remove Garrett’s helmet before the pass rusher ripped Rudolph’s helmet off him and hit him over the head with it. Video shows Rudolph also put a foot in Garrett’s groin area, intentional or not.

Additionally, Garrett alleged that Rudolph uttered a racial slur during the confrontation — an allegation Rudolph denies, and one that players from both teams said they cannot confirm.

The Browns certainly felt that Rudolph should have been suspended for his role in the incident. The NFL clearly did not agree, but this fine shows that the league recognizes the quarterback was not blameless.