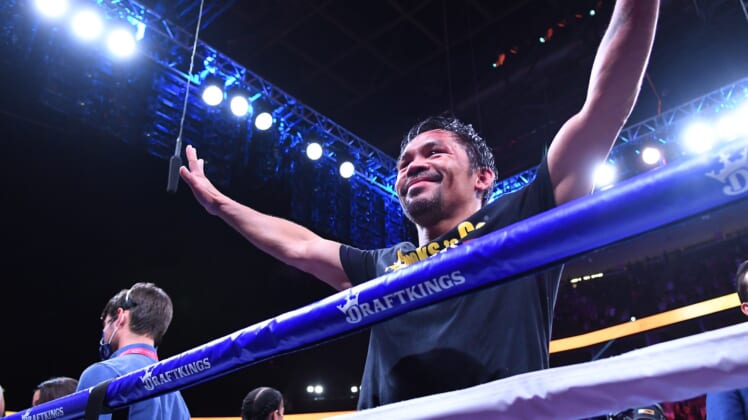 After an illustrious 26-year professional boxing career, Manny Pacquiao has announced that he has officially retired from the sport.

On the same day that Pacquiao announced he is running for President of the Philippines, an interview on the show Toni Talks officially revealed the legendary boxer is retiring.

During the interview, Pacquiao was asked about how his presidential run and a potential election would impact his boxing career. He quickly made it clear that his days fighting in the ring are over.

“My boxing career is already over. I’ve been boxing for a long time already and my family would always tell me that it’s time to stop. I just kept going because I’m so passionate about boxing. But now, I’ll just support boxers so that we (Philippines) can have a champion again.” 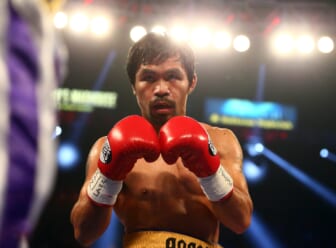 Pacquiao retires with a professional record of 62-8-2, with his last bout ending in a loss via unanimous decision against Yordenis Ugas for the WBA Welterweight championship.

In his career, Pacquiao won world titles in eight classes more than any other fighter in boxing history to do so while also being the only fighter to hold a world title in four different decades: 1990s, 2000s, 2010s, 2020s.

From December 1999 to November 2011, Pacquiao was nearly unstoppable going 28-1-2 with 21 wins coming by knockout winning world titles in seven different weight classes along the way.

His win over Thurman in July 2019 made him the oldest welterweight champion in boxing history winning the title when he was 41-years-old.

Pacquiao will now shift his focus to the Philippine presidential election which will officially begin on May 9, 2022.