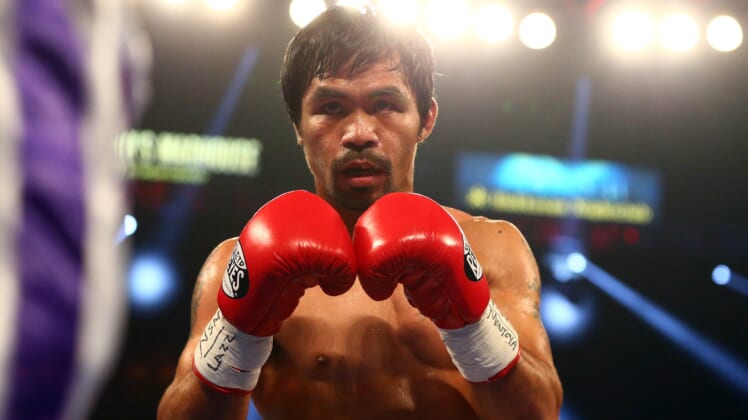 Manny Pacquiao might be taking on Keith Thurman for the WBA Welterweight title Saturday night in Vegas, but the 40-year-old superstar is looking far beyond his career in the ring.

Manny spoke with TMZ Sports ahead of the bout, and indicated that he would like to buy an NBA team once he retires.

Forbes estimates that Pacquiao is worth $500 million. For comparison’s sake, each NBA team is worth north of $1 billion. Obviously, Manny would have to find partners to team up with him in this venture.

As it relates to his boxing career, Pacquiao wants to continue fighting until he’s 45. That’s yet another lofty goal.