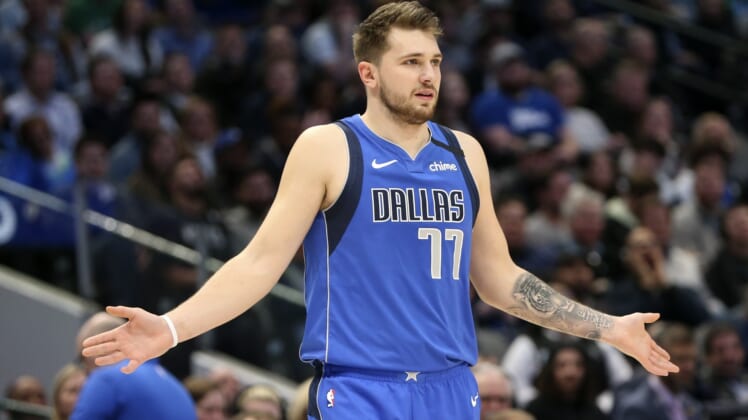 Dallas Mavericks star Luka Doncic suffered an ankle sprain in practice on Friday that had the team holding its breath. Fortunately, Doncic has reportedly escaped a severe injury after being diagnosed with a moderate ankle sprain.

According to The Athletic’s Shams Charania, an MRI on Doncic’s ankle revealed the good news on Friday morning and the team believes the injury is manageable.

It’s a similar injury to the sprain he suffered earlier this season. In that instance, Doncic missed four games and the team played it safe with their young superstar. The Mavericks will likely take a cautious approach once again with the latest injury.

Recently named as a starter in the All-Star Game, Doncic was playing at an MVP level before his injury. He is averaging 28.8 points, 9.5 rebounds and 8.7 assists per game this season and leads the league with 12 triple-doubles.