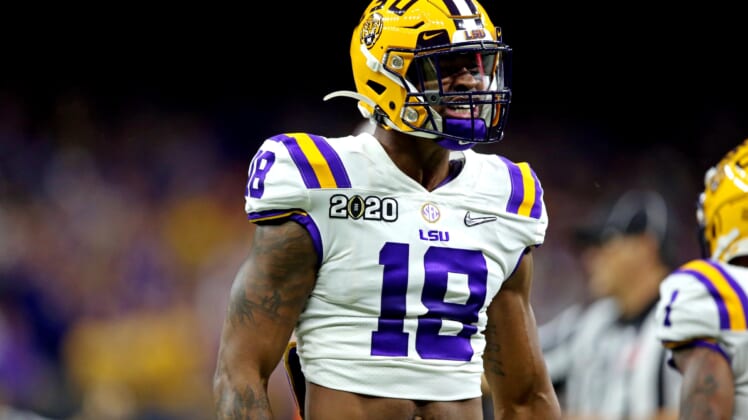 LSU Tigers outside linebacker K’Lavon Chaisson is on his way to the NFL after officially declaring for the 2020 NFL Draft on Friday.

Chaisson, who won defensive MVP honors in the Peach Bowl, announced on Twitter that he will forego his final year of collegiate eligibility and is now focusing his efforts on preparing for the NFL Draft in April.

The 20-year-old edge rusher returned this season after missing the majority of 2018 with a torn ACL. Chaisson showed no lingering limitations from the knee injury, setting career-highs in sacks (6.5) and tackles for loss (13.5) in 13 games this season.

Chaisson’s name has climbed up draft boards in mock drafts thanks to his standout athleticism, size and explosiveness off the edge.

The 6-foot-4 edge rusher took off in the College Football Playoff with two sacks against Oklahoma. While he didn’t record a sack in the national championship against Clemson, he created havoc off the edge and caused problems for Trevor Lawrence.

As long as he checks out medically during the evaluation process, Chaisson should further impress scouts with his athletic testing at the combine. Don’t be surprised if LSU’s star linebacker climbs further up draft boards and becomes a top-15 pick by April.