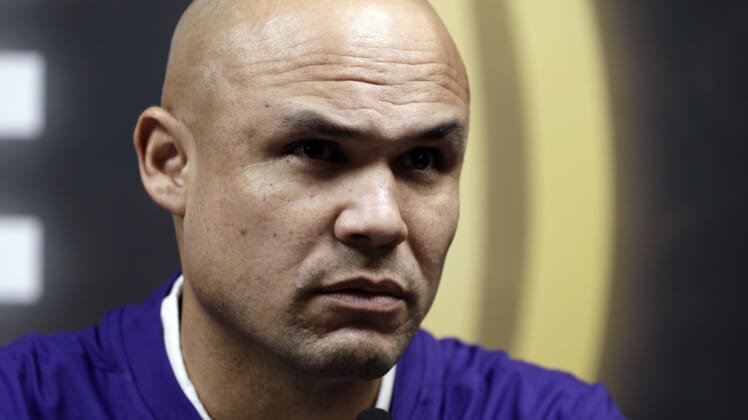 According to this report, Aranda is the top candidate to replace Matt Rhule as the Baylor head coach.

It’s an interesting turn in this story. Rhule left the Baylor program to become the Carolina Panthers new head coach, bringing the above-mentioned Brady with him.

If this were to come to fruition, it’s a well-deserved promotion for the 43-year-old Aranda. He was originally slated to take the UNLV job earlier, but backed out at the last minute.

It would be somewhat of a change of philosophy for the Waco-based Baylor Bears after seeing offensive-minded head coaches lead the charge over the past several seasons.