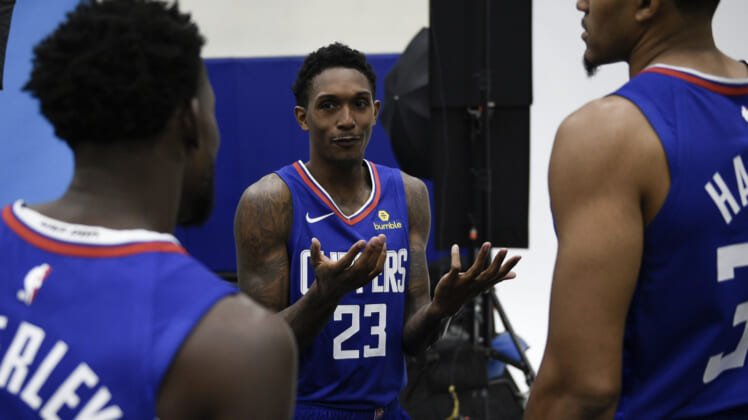 The Los Angeles Clippers could very well be thin when they resume the NBA season next week at Walt Disney World in Orlando.

They are now down to 10 players after news broke Friday that star guard Lou Williams has left the bubble to tend to a personal matter.

According to Andrew Greif of the Los Angeles Times, the Clippers granted Williams permission to tend to a personal matter. He’s expected to return at a later date.

It was just earlier this week that fellow guard Patrick Beverley left Orlando due to an emergency personal matter. That came after Landry Shamet tested positive for COVID-19. One of the Clippers’ leading scorers, Montrezl Harrell, is also away from the team for the same reason.

The expectation is that at least three of these players (Beverley, Williams and Harrell) will be back for the Clippers’ first game in Orlando against the Lakers July 30.

Though, it has to be concerning for Doc Rivers and Co. The four are averaging a combined 54.9 points per game. Harrell, Williams and Shamet represent the team’s leading scorers behind the star duo of Kawhi Leonard and Paul George.

The Clippers have realistic NBA title expectations with eight regular-season games remaining. They currently sit at 44-20 and are the second seed in the Western Conference.