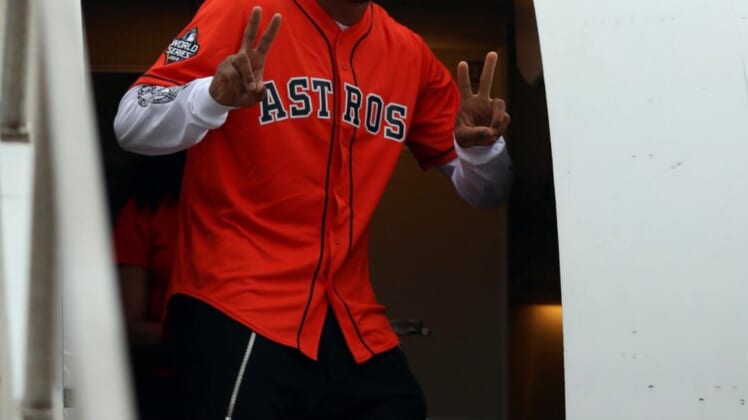 Houston united. That’s pretty much the theme of it in Texas as the Astros look to win their second World Series title in three years Tuesday evening.

Check out the NBA’s Houston Rockets showing support for their brothers by wearing their jerseys ahead of Game 6.

Even as a Southern California native and in his first season with the Rockets, Russell Westbrook has gotten into the spirit.

He attended a game earlier in the series with fellow former NBA MVP and teammate James Harden. Russ looks pretty dope in the Astros gear, as do Austin Rivers and Eric Gordon.

Houston can end the World Series at home Tuesday night against the Washington Nationals after winning three consecutive in the nation’s capital.