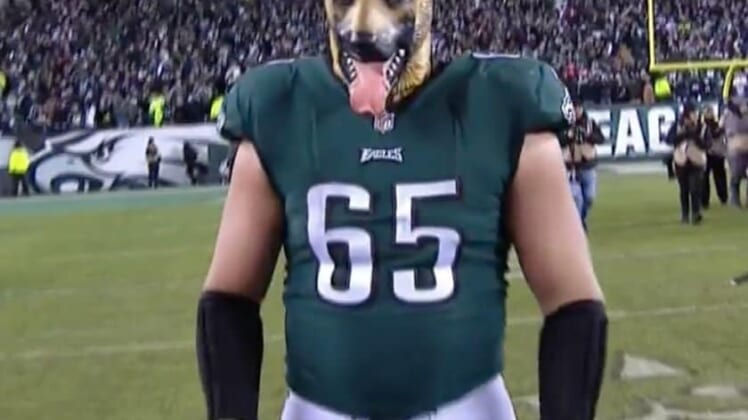 What does it all mean? Following their surprising 15-10 win over the Atlanta Falcons in the NFC Divisional Playoffs, Philadelphia Eagles offensive tackle Lane Johnson took to the field in a dog mask.

Underdogs? Lane Johnson has something to say about that. #Eagles pic.twitter.com/f5Im9hnMRq

This was absolutely freaky to see on live television. When NBC cut to Johnson, viewers were thrown for a loop in a big way. And understandably so.

Then, it became abundantly clear what he was doing.

Despite earning the No. 1 seed heading into the playoffs, Philadelphia found itself as home underdogs against the last team to make it to the postseason in the NFC. That was primarily due to the season-ending injury Carson Wentz suffered back in Week 14.

But Nick Foles completely outplayed reigning NFL MVP Matt Ryan to the tune of 23-of-30 passing for 246 yards in the win.