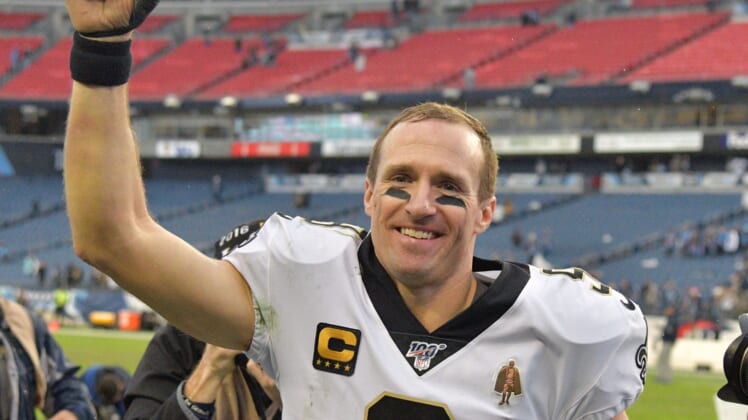 A few days after speaking out against kneeling during the national anthem, New Orleans Saints quarterback Drew Brees is now defending the form of peaceful protesting against President Donald Trump.

Brees, who apologized for saying kneeling during the national anthem was “disrespectful”, fired back sat Trump’s tweet on Friday that called him out for backing off his stance.

Drew Brees: “This is not an issue about the American flag. It never has been”

Just hours after President Trump took to Twitter to say Brees shouldn’t have apologized for his stance on standing during the national anthem, Brees opened up about what he has already learned from his teammates.

in the letter to Trump, shared on Instagram and Twitter, Brees reflected on conversations he had with friends and teammates in the black community that helped him understand the meaning behind the protest.

To @realdonaldtrump, Through my ongoing conversations with friends, teammates, and leaders in the black community, I realize this is not an issue about the American flag. It has never been. We can no longer use the flag to turn people away or distract them from the real issues that face our black communities. We did this back in 2017, and regretfully I brought it back with my comments this week. We must stop talking about the flag and shift our attention to the real issues of systemic racial injustice, economic oppression, police brutality, and judicial & prison reform. We are at a critical juncture in our nation’s history! If not now, then when?We as a white community need to listen and learn from the pain and suffering of our black communities. We must acknowledge the problems, identify the solutions, and then put this into action. The black community cannot do it alone. This will require all of us.”

Brees, who apologized via statement and later video on Thursday, seems to be more aware of the intentions of players who kneeled during the anthem in prior seasons. The future Hall of Famer also took responsibility for bringing the issue back into the public spotlight at a time when police brutality and economic oppression should be at the forefront of discussions.

Now, Brees is calling upon Trump and others in the white community to join him by acknowledging problems within the United States and find solutions.

It’s a massive turnaround for him after his peers in the NFL bashed him for his prior comments. Among them, Aaron Rodgers took a shot at Brees and defended the right to protest during the national anthem. Meanwhile, Hall of Fame safety Ed Reed, a Louisiana native, blasted the Saints’ star for his comments.

Brees seems to be taking the words of his peers, along with the stories teammates have shared, to heart and learning from them. We’ll have to see if President Trump responds to Brees’ statement on Saturday.