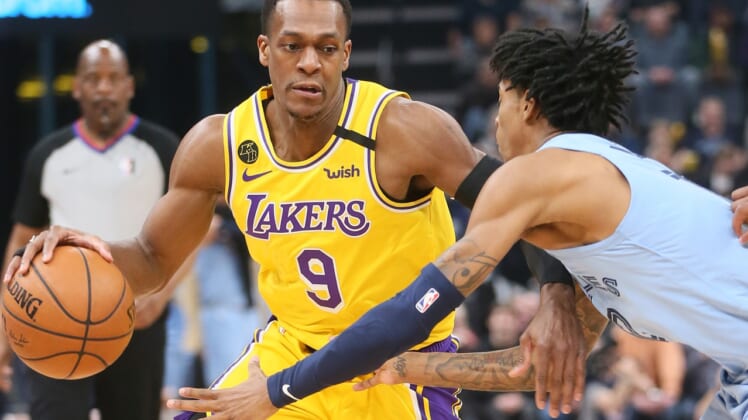 After six years of mediocrity, the Los Angeles Lakers are finally back in the playoffs. The Lakers snagged the first seed, the first since 2009-10 when the Lakers won the title against the Boston Celtics.

With LeBron James and Anthony Davis leading the charge during the 2019-20 season, it looked like the championship was in the bag for the Lakers. However, the pandemic put everything on hold as the virus ravaged the United States and others worldwide.

The Lakers are in a weird situation in Orlando

As Los Angeles continued play in Orlando, this isn’t the same group that was running roughshod on the NBA. Rajon Rondo is out with an injury and Avery Bradley opted out of the restart for family reasons. As such, the Lakers are left to rely more on James and Davis.

NBA: The Lakers are playing “reckless” in Orlando rant (83 seconds)

The Lakers find themselves in a difficult situation. With their veteran guards out of action, Los Angeles has to rely on Alex Caruso, Quinn Cook and newly-signed Dion Waiters to lead the team.

That said, the lack of chemistry and playing time among the three have led to less than inspiring play in Orlando. Although the Lakers have clinched the first seed, the championship isn’t as guaranteed as it once was before. The Lakers need a veteran point guard and other playmakers soon or else they will be in trouble.

In this week’s episode of the Shooting Bricks Podcast, Jarrod Castillo, Gerrel Sayles and Daniel Huynh also discuss if shooting 108 3-pointers is actually a viable basketball tactic or if it’s just insanity. The trio also debate whether or not American male soccer star Christian Pulisic is the man to make soccer finally popular in the United States.