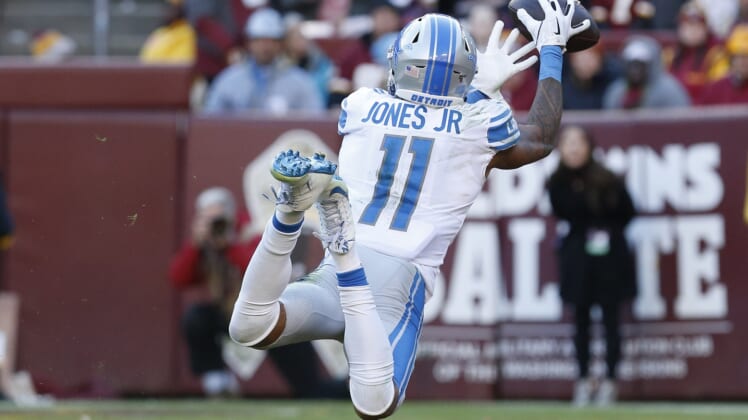 The Detroit Lions placed receiver Marvin Jones on injured reserve Tuesday with an ankle injury that will end his season.

It’s surprising news after Jones played in Sunday’s game against the Minnesota Vikings. He reportedly suffered the injury late in the game after being taken down on a catch with 48 seconds left.

The 29-year-old receiver, who played in just nine games in 2018, started in 12 games for Detroit this season and hauled in 62 receptions for 779 receiving yards and nine touchdowns.

With Jones out for the season, the Lions (3-9-1) could decide to shut down Matthew Stafford for the rest of the year as well.