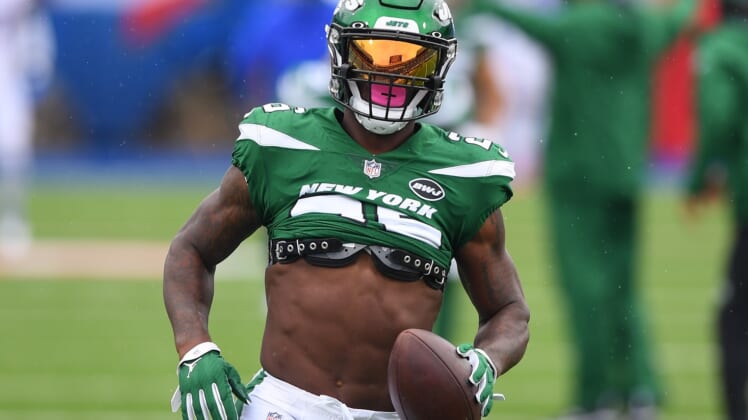 It will be a while before the New York Jets are able to move on from the disaster of a contract they signed former All-Pro running back Le’Veon Bell to ahead of the 2019 NFL season.

We’ve read the reports about a major split between Bell and embattled Jets head coach Adam Gase in the past. We also know that the Jets looked to trade him after just one season.

Now comes this piece of information. It’s not great.

NFL Media’s Kim Jones was the first to report news that New York placed Bell on on injured reserve with a hamstring injury that had apparently slowed him down during training camp. He will now miss at least three weeks.

What’s interesting here is that Gase had removed Bell from practice during training camp earlier in the month with a similar injury. The star running back was not too happy about that, as he showed on social media.

It’s the continuation of problems between Bell and Gase since the Jets signed him back in March of 2018.

As for the latest injury, Bell put up 14 yards on six attempts in Week 1’s loss to the Buffalo Bills. It was obvious that he isn’t at 100%.

Le’Veon Bell’s stats with the Jets

This is just the latest example of Bell’s tenure with the Jets being an unmitigated disaster. The team was foolish to sign him to a long-term contract after the running back held out for an entire season.

It seems that Bell was not Gase’s first choice in free agency last year, either. That’s added to what has increasingly become a volatile situation between the back and his team.

How this plays out moving forward remains to be seen. But it’s not a great look right now. That’s for sure.