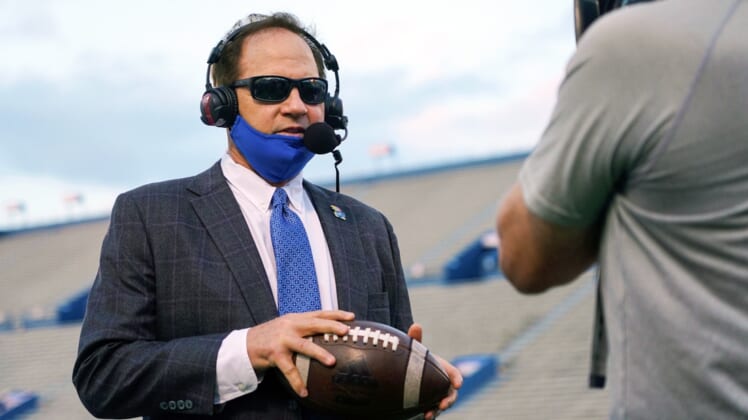 LSU was so concerned by the behavior of former football coach Les Miles when it came to female students that it reprimanded him, ordered him to stop being alone with them and told him to no longer hire the young women to babysit his children, USA Today reported Thursday.

The newspaper said the findings are included in a 2013 internal investigative report released by LSU on Thursday — a report it sued the university to get.

The document includes allegations of Miles sending text messages to the young women, taking them to his condominium and making them feel uncomfortable in general. In one case, he is reported to have kissed a student and offered to take her to a hotel, all while telling her that he could assist her in her career.

The investigation didn’t uncover a sexual relationship with any of the women. For his part, Miles said he was serving as a mentor to the students.

Last week, The Advocate reported Miles had settled with at least one woman who accused him of sexual harassment. Reached then by the local newspaper, Miles said, “That’s not true.”

USA Today’s reporting on sexual misconduct within the athletic department at LSU caused the university to contract with outside law firm Husch Blackwell to audit roughly 60 sexual misconduct cases from 2016 to 2018.

Findings of the investigation are expected to be released on Friday.

Miles, 67, is now the head coach at Kansas, where he has a 3-18 record in two seasons with the Jayhawks.

“The University of Kansas is aware of a media report today involving KU head football coach Les Miles. We have spoken with Coach Miles about the allegations in the story and will continue to gather information that is made available to us. KU was not aware of these allegations when Coach Miles was hired in 2018. Because this involves Coach Miles’ former employer and pre-dates his time at KU, and because we do not have factual knowledge about details of these allegations, it is not appropriate for us to comment further.”

Miles was 19-10 over his final two-plus seasons and was fired after a 2-2 start in 2016. He coached at Oklahoma State prior to LSU.

He is one of only six active coaches to have won an NCAA championship, joining Nick Saban, Dabo Swinney, Jimbo Fisher, Mack Brown and Ed Orgeron.