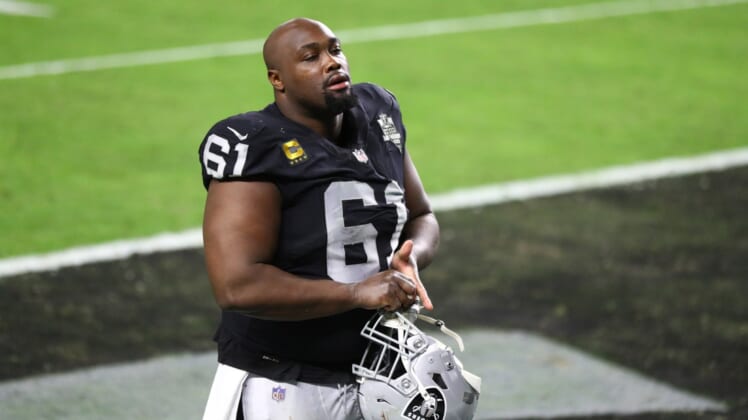 Three-time Pro Bowl center Rodney Hudson was informed he will be released by the Las Vegas Raiders, according to multiple reports.

In a complete overhaul of the front five, Hudson becomes the fourth regular starter on the Raiders’ offensive line to hit the market with only offensive tackle Kolton Miller remaining.

Hudson’s cap charge of more than $15 million can be spread over the next two seasons as a June 1 designated release.

Hudson will turn 32 in July and twice was awarded with contracts from the Raiders that made him the highest-paid player at the position. That includes a three-year, $33.75 million extension with the Raiders in August 2019.

Hudson missed only one game the past five seasons. He joined the Raiders in 2015 as an unrestricted free agent after four seasons with the Kansas City Chiefs.