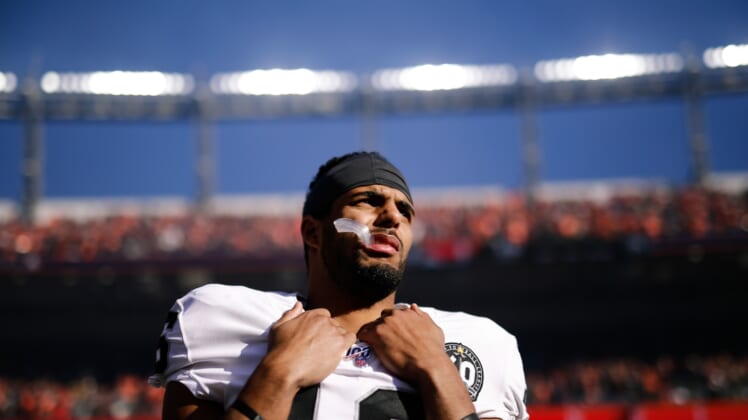 Two years after signing Tyrell Williams away from a division rival, the Las Vegas Raiders announced Wednesday that they released the veteran wide receiver after injuries overshadowed his tenure.

Williams, who played his first four seasons with the San Diego/Los Angeles Chargers from 2015-18, enjoyed a promising start to his Raiders career by catching touchdown passes in each of his first five games in 2019. But his season was marred by a persistent battle with plantar fasciitis, and he finished the season with 42 catches for 651 yards and six scores in 14 games.

Williams sustained a torn labrum in August, which ended up sidelining him for the entire season. He suffered the same injury in 2017 with the Chargers and played through it.

The 6-foot-4 wideout was originally an undrafted free agent out of Western Oregon in 2015. He enjoyed a breakout sophomore campaign in 2016, when he notched career highs in receptions (69), receiving yards (1,059) and touchdown catches (seven).