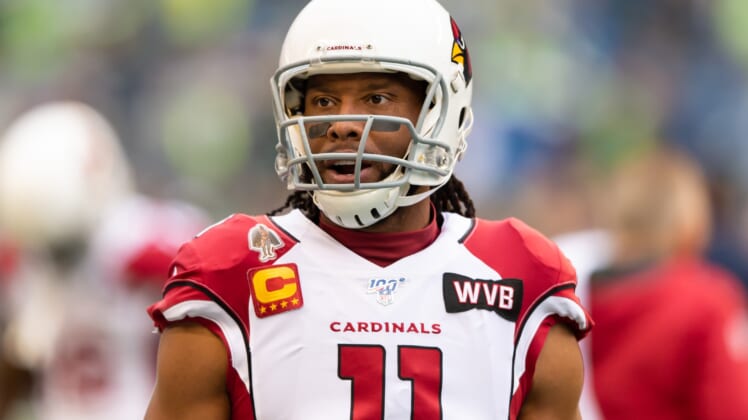 Arizona Cardinals receiver Larry Fitzgerald is returning for his 17th season in the NFL. Fitzgerald signed a one-year contract with the Cardinals on Wednesday.

The news, first reported by ESPN’s Adam Schefter, brings back one of the most accomplished receivers in NFL history and an icon in the Cardinals organization.

The 36-year-old is coming off another productive season with the Cardinals. He hauled in 75 receptions for 804 receiving yards and appeared in all 16 games for the fifth consecutive year.

Fitzgerald, who turns 37 in August, gives Fitzgerald an opportunity to compete with a team on the rise and further add to his Hall of Fame numbers. He ranks second in career receiving yards (17,083), receptions (1,378) and sixth in receiving touchdowns (120).

Arizona could look to strengthen its receiving corps even further, especially if CeeDee Lamb is available. Now with Fitzgerald returning for the 2020 season, the Cardinals have the perfect mentor to help their young receivers and a player it can count on for Kyler Murray to target.