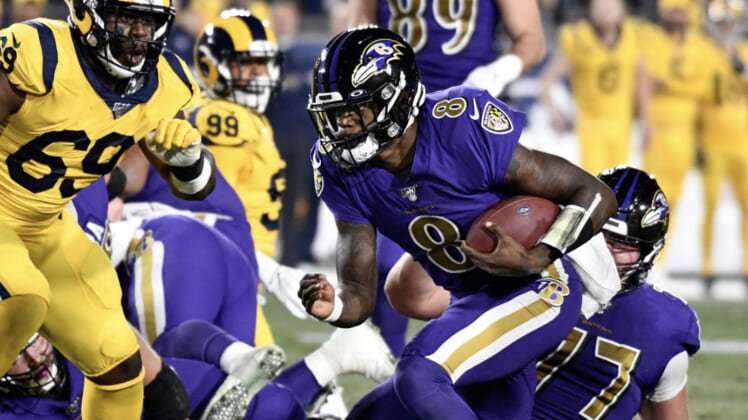 Just ask the Los Angeles Rams. They had absolutely no answer for Jackson early and often on “Monday Night Football.”

After Jackson threw touchdown passes to Marquise Brown on each of the Ravens’ first two drives, he decided to use those feet to his advantage.

Check out the MVP favorite navigate his way through a suspect Rams defense en route to a 29-yard run to set up the Ravens’ third touchdown of the first half.

You. Have. Got. To. Be. Kidding. If it weren’t for some slippage on Jackson’s part he would have had his third touchdown of the first half.

Already on pace to shatter several records, Jackson could legitimately finish “Monday Night Football” with 1,000 rushing yards on the season.