Lamar Jackson being unfairly criticized for Ravens’ loss to Titans 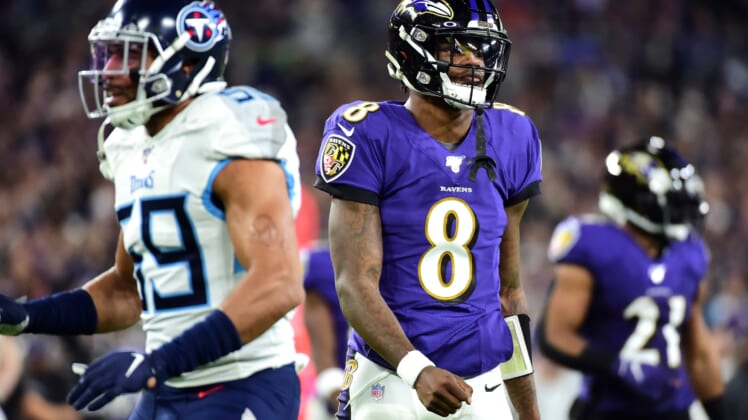 Lamar Jackson and the No. 1 seed Baltimore Ravens were blown out at home Saturday night by the Tennessee Titans, and the young quarterback has taken a lot of heat for his performance.

The big picture: Lamar Jackson did turn the ball over three times and was not particularly sharp as a pure passer. However, reflecting on the overall scope of the game, it’s clear that the burden of blame shouldn’t fall so heavily upon the shoulders of the presumptive 2019 NFL MVP.

The performance: Jackson wasn’t sharp. He racked up a ton of yardage but also made key mistakes, including a couple of indecisive runs on fourth down which were ultimately shut down by the Titans.

The criticism: For many, Jackson’s frustrating outing was proof that his game is still gimmicky and that he isn’t really a good pocket passer (and probably never will be).

The reactions to his performance on social media showed that many feel this way. Heck, even the official NFL Research Twitter account highlighted his postseason struggles after the game.

The truth: We were tough on Jackson after the game, because his three turnovers were brutal. But this young quarterback isn’t the biggest reason the Ravens lost to the Titans Saturday.

The future: As scary-good as the Ravens were during the regular season, they have the ammunition to get much, much better overall during the offseason.

The bottom line: It’s unfair to put Saturday’s divisional-round loss on the shoulders of Lamar Jackson.

As we detailed after the game, Baltimore’s coaching staff deserves plenty of criticism for its role in the stunning defeat. Injuries aren’t an excuse, but they do matter. And let’s be honest, we’re still talking about a 23-year-old man who just finished his second career NFL season.

The sky is not falling. Lamar Jackson is not a fraud. He’s the same guy who lit up the entire NFL for 15 games this past season and who will win league MVP.

Was it frustrating that the best, most exciting team during the regular season went one-and-done? Hell yes! But if we’re being honest, the Ravens may have overachieved this year. There is still plenty of work left to do on the personnel side to build up a complete team while Jackson is still on his rookie contract.

The truth is, next year, the league may really have a problem with a Ravens team that can build on its success in a big way.