Lakers will not hire a president to replace Magic Johnson, per report 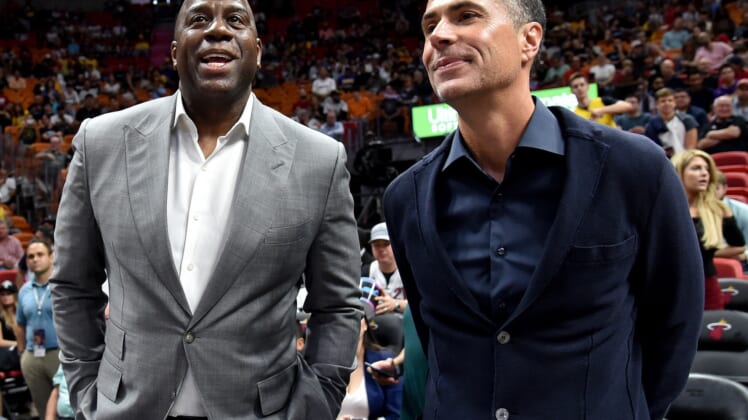 Things seem to be getting better by the day for the Los Angeles Lakers. In case you were wondering, that is sarcasm.

On the heels of a disappointing 2018-19 season and with President Magic Johnson abruptly resigning, things are not going swimmingly for LeBron James’ squad.

Now comes this report from Ramona Shelburne of ESPN indicating that the Lakers will not seek a successor for Johnson. Instead, the greenish Rob Pelinka will seemingly be running things.

A former NBA agent, Pelinka had no previous front office experience before taking on the role as the Lakers general manager back in 2017. It has not gone great since he joined the team.

Pelinka will continue to report to the Lakers’ ownership, Jeanie Buss included.