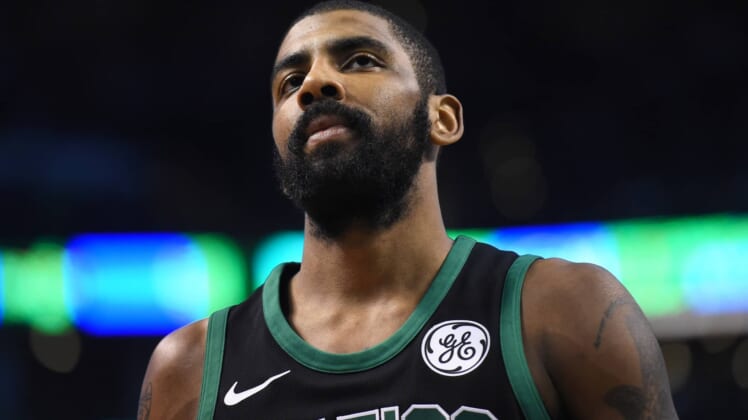 Kyrie Irving appears to be getting ready to leave Boston once free agency hits this summer. On Friday morning, he was asked whether his mindset has changed about re-signing with the Celtics, and his answer was pretty telling.

Kyrie Irving said at the end of the day he’s going to do what’s best for his career. “Ask me July 1,” he said about whether his mindset has changed.

Remember, Irving had previously said he would re-sign, back on Opening Night.

However, in recent days, Irving has indicated he’s unhappy with the way things have turned out in Boston, even going so far as to apologize to LeBron James for how things went down in Cleveland before Irving realized what it really takes to lead the charge for a winning organization. And since then, there have been reports indicating Irving wants to actually re-join James in Los Angeles.

Regardless of where he ultimately ends up playing in 2019-20, Irving’s comments have to be shocking to the Celtics.