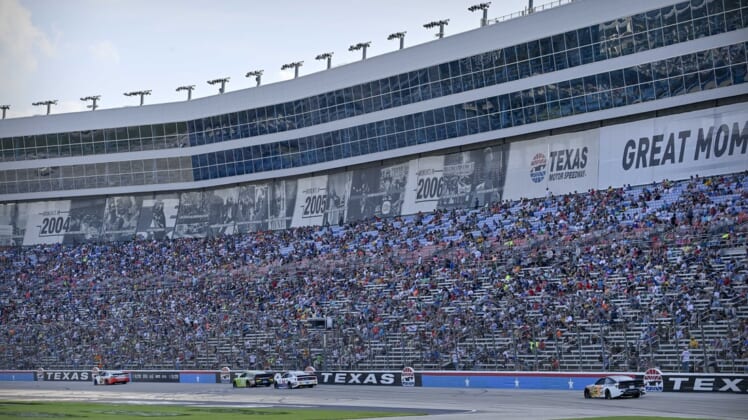 Kyle Larson took the lead with eight laps to go in the 10-lap shootout portion of Sunday evening’s non-points NASCAR All-Star race at Texas Motor Speedway and went on to collect his second career victory in the annual event.

Larson, who has won three Cup races this season, including the last two, won the All-Star race two years ago.

A year ago, he didn’t compete after losing his job at Chip Ganassi Racing for uttering a slur during a televised iRacing event.

The margin of victory was .20 seconds.

The event, reconfigured for 2021, featured a complicated format.

It featured six rounds with a total of 100 laps.

Starting positions for the final five rounds were set by combinations of random draws, finishing positions of previous rounds and the inverting of fields.

Seventeen drivers arrived in Texas with All-Star berths in their pockets. The berths were given to Cup Series race-winners in 2020-2021 and full-time drivers who are either past All-Star winners or past Cup champions.

Four more drivers were added to the field as a result of the NASCAR All-Star Open qualifying event held prior to the main event and an online vote of fans.

The points-paying portion of the schedule resumes next Sunday at Nashville Superspeedway in Tennessee.