Head coach Kliff Kingsbury announced earlier in the day that two players had tested positive for the coronavirus this weekend, but he declined to identify them. Kennard identified himself on social media and said he was asymptomatic.

“I learned that like many others, I have tested positive for Covid 19,” Kennard posted on Twitter. “Thankfully, I feel completely normal so far. Please keep my family & I in your prayers as we navigate this. I look forward to being back on the field w/my teammates as soon as I am cleared & it’s safe to do so!”

Kennard, 29, signed a three-year deal with the Cardinals in March. The Phoenix native has started four of his five games this season, tallying 10 tackles and two sacks.

Murphy, 22, was a second-round pick in 2019 and has started five of his seven games this season, tallying one sack and 24 tackles. He started all 16 games as a rookie and registered 78 tackles and one interception.

Kingsbury said the Cardinals would practice per usual with all available personnel. The second-year coach said it is “business as usual” at the Tempe headquarters, which underwent a deep cleaning on Sunday with the Cardinals on a bye week.

“So we’re just moving forward with that protocol and taking it from there,” Kingsbury said.

Kingsbury called the situation “fluid” for his team ahead of Sunday’s game against the Miami Dolphins, but added that contact tracing and subsequent testing turned up only negative test results.

“You never know with this situation as it’s pretty fluid day to day, but I feel like having all the negatives come back from Sunday was a big step in the right direction and then just hopeful that continues throughout the week,” he said.

The Cardinals have previously had only one player on the reserve/COVID-19 list, wide receiver KeeSean Johnson. 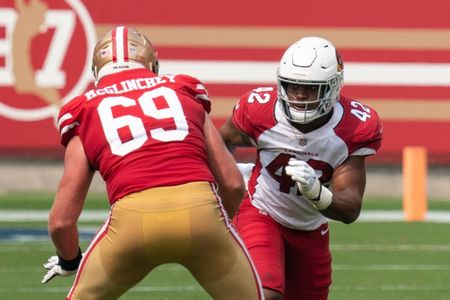 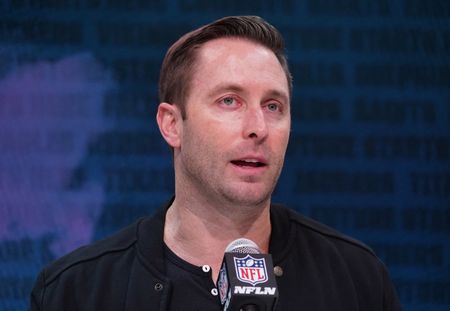