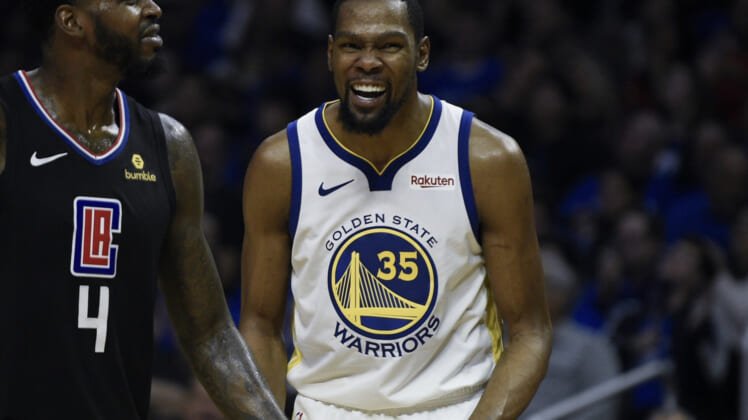 While some of the focus was on the game itself, the media immediately turned its attention to Kevin Durant’s injury.

Prior to the game, Golden State had ruled Durant out for both Game 3 and Game 4 of the series in Portland.

Kerr provided us another update, indicating that Durant’s calf injury was more serious than initially thought.

Kerr indicated that Durant is going through treatment each day. He’s not sure when the two-time reigning NBA Finals MVP will return.

Golden State holds a 2-0 advantage over Portland. But even if the team were to make it to a fifth consecutive NBA Finals, it would be tough sledding without Durant.