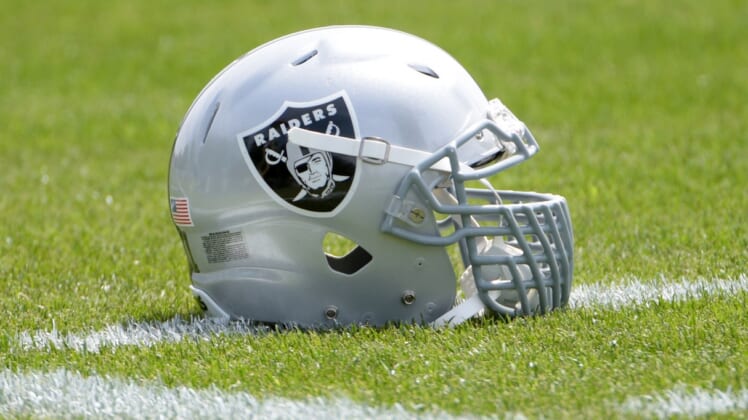 One Oakland Raiders fan from Northern California is understandably irked that his team is leaving the area for the second time. The man, identified as Michael Paredero of Lodi, made a Craigslist post announcing his intentions to burn any Raiders apparel that he could not sell, including a Ken Stabler jersey.

But thanks to an email from the late quarterback’s daughter, Kendra Stabler Moyes, Stabler’s jersey will be saved.

“I know you are angry, we all are… but please don’t burn my dad’s jersey,” Paredero quoted her as saying in the email, via Mike Moffitt of the San Francisco Chronicle. “Makes me sad to think of his jersey burning.”

Paredero added that a Derek Carr’s jersey will be safe as well. “I’m not going to retaliate against the players,” he said, via Moffitt.

Fans of the Raiders have put up with more than most. The team moved from Oakland to Los Angeles following the 1981 season, then back to Oakland after 1994. Additionally, from 2003-2015, the Raiders produced arguably the worst on-field product in the NFL.

That changed with a fantastic 2016 season. But obviously, any good feelings from that are negated by the fact that the team is now primed to leave the area.

Still, Paredero’s attitude to not retaliate the players is right.

Following Colin Kaepernick’s decision to not stand during the national anthem, some fans responded by burning his jersey — occasionally to hilarious results. Fans of the Cleveland Cavaliers did the same thing with LeBron James’ jerseys following “The Decision” in 2010. But as controversial as those were, these fans were taking a direct stand against players for actions they were 100 percent responsible for.

This is not the same situation.

Carr almost immediately promised to “bring a piece of Oakland to Vegas,” which you can read about here. Stabler — one of the greatest players in franchise history — passed away in 2015. These guys had nothing to do with the move.

Burning their jerseys would be a shot against the franchise, but also the players themselves.

The players should be a part of the good memories that Northern California have around the Raiders, not the bad memories associated with the move.

Other fans with similar feelings would do well to follow his lead.