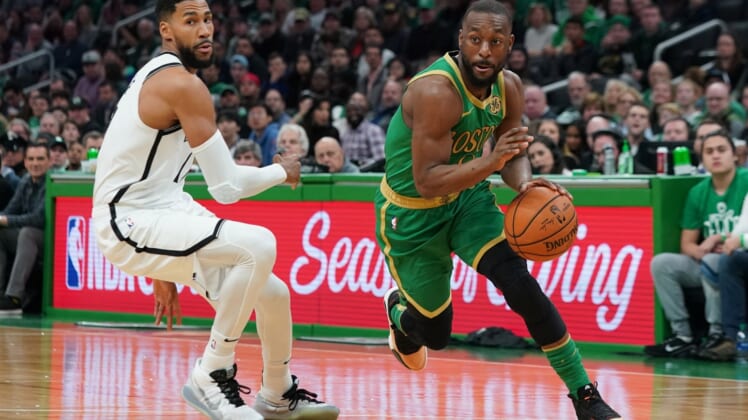 After missing one game with concussion-like symptoms following a scary head injury on Friday, Boston Celtics point guard Kemba Walker proved why he’s so critical to his team on a gorgeous play.

Walker brought the ball up the court late in the second quarter and immediately blew by Brooklyn Nets shooting guard Garrett Temple on a lightning-quick cut to his left side. The All-Star guard then drove to the paint before putting Joe Harris on a vicious spin cycle, then finishing the up-and-under with the game-tying bucket.

Walker has become everything the Celtics hoped for when they signed him this offseason. He entered Wednesday averaging 21.1 points, 4.6 rebounds and 4.7 assists per game with an even greater impact on his teammates.