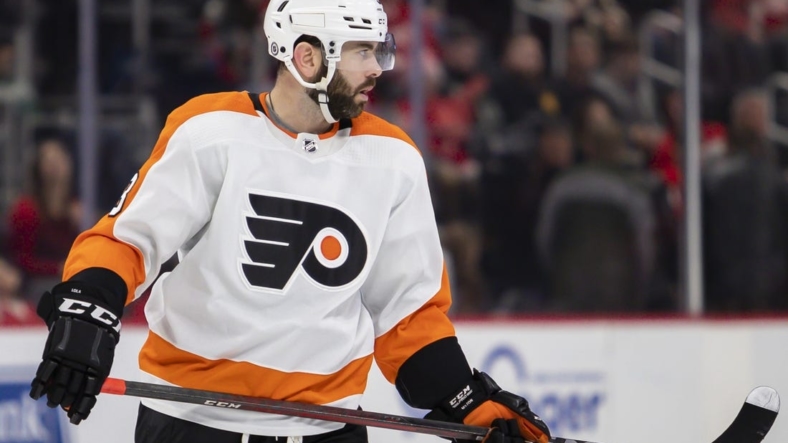 Defenseman Keith Yandle, whose streak of 989 consecutive games played is an NHL record, said Tuesday he is retiring after 16 seasons.

“The last year it’s one of those things I’ve been thinking about,” Yandle, 36, said on the “Spittin’ Chiclets” podcast. “When that’s all you know in your life, to call it quits on it, to call it an end, it’s nerve wracking. You’re worried about what you’re going to do. Especially this time of the year, you’re ramping up for training camp.

“The last couple weeks I’ve been at ease with it. Really enjoyed spending time with the family. …. I think for me I’m really at ease with it and looking forward to the next chapter.”

"I'm retiring from the game of hockey….Taking my talents to South Beach and doing nothing."

Our guy Keith Yandle joined us to officially announce his retirement from the NHL. A true legend in every aspect of the word.

It was with the Flyers that he set the NHL ironman streak on Jan. 25 against the New York Islanders. He broke the record of 964 set by Doug Jarvis.

Yandle played 25 more games until the streak ended April 2 when the Flyers made him a healthy scratch, preferring to take a look at younger players.

“My only hope is that he just recognizes how amazing it is what he’s done,” then-Flyers interim coach Mike Yeo said that day. “For sure, for him it’s disappointing no question. But not many can say they’ve done something that nobody in the history of the NHL has ever done. And so in no way does this diminish what he’s accomplished. It is remarkable and certainly something to be extremely proud of.”