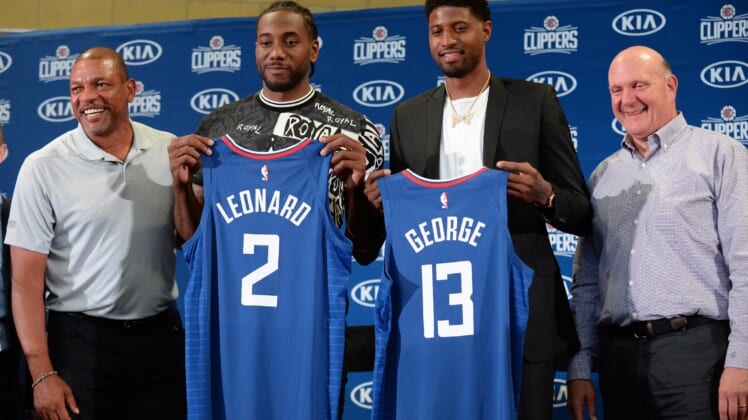 For the first time this season, the Los Angeles Clippers will have star forwards Paul George and Kawhi Leonard on the court together.

George has played the past three games after missing the start of the season with injuries to both shoulders. Coincidentally, Leonard has sat out those three games with a left knee contusion.

According to various reports, the two will be on the court together Wednesday night against the Boston Celtics in Los Angeles.

After receiving a bunch of grief for using “load management” to sit Leonard in two nationally televised games earlier this season, the Clippers will allow a huge audience to watch two of the game’s best players debut with one another.

The reigning NBA Finals MVP, Leonard is averaging 26.8 points, 8.9 rebounds and 6.0 assists on 44% shooting in nine games this season. George? All he’s done is average north of 29 points on 56% shooting in three games.