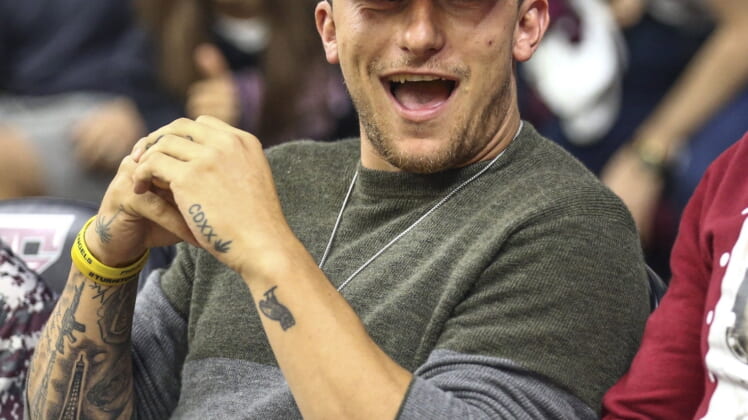 Former NFL quarterback Johnny Manziel posted a hilarious video of himself failing hard while attempting to back flip off a cliff.

The initial post was shared by Manziel on his Instagram page, and it’s definitely worth checking out.

It looked like Manziel thought he had extra room for one more step backward. But he didn’t. And instead of executing a back flip, he just ended up on his back.

The next day as the video circulated on social media, the NFL on ESPN got a hold of it and shared it on Twitter. Manziel saw the post, and then he provided a perfect self-deprecating response.

As you likely know, Manziel went from being a hyped first-round pick of the Cleveland Browns to being out of the league in two short years.

So, an apt comparison, indeed.