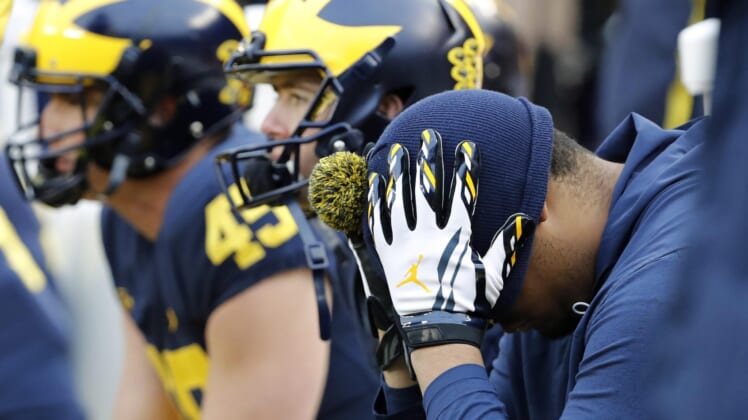 John O’Korn spent three years at Michigan, but the quarterback doesn’t exactly have fond memories of his time with Jim Harbaugh.

In a reply to a (NSFW) question about shifting loyalties of former Michigan players, O’Korn said, “it’s not the program or the school that we don’t like.”

The statement followed a Bleacher Report feature in which Wilton Speight said Harbaugh told him to not eat chicken “because it’s a nervous bird.” Between that anecdote and O’Korn’s tweet, it was a strange day in the land of Harbaugh.

And the next question is obvious: Accurate depiction of the locker room or simply a disgruntled former player?

More than a handful of Wolverines transferred this offseason, including Speight, former top recruit Kareem Walker, Drake Harris and Moe Ways. However, none of them held significant and/or long-term roles on the 2017 team.

As for O’Korn, he put together one terrific game in relief of Speight at Purdue. After that showing, though, he went through a miserable stretch, got benched and was ineffective against top competition in November.

Harbaugh’s style certainly isn’t for everyone, but O’Korn might find more doubters than supporters after his statement.