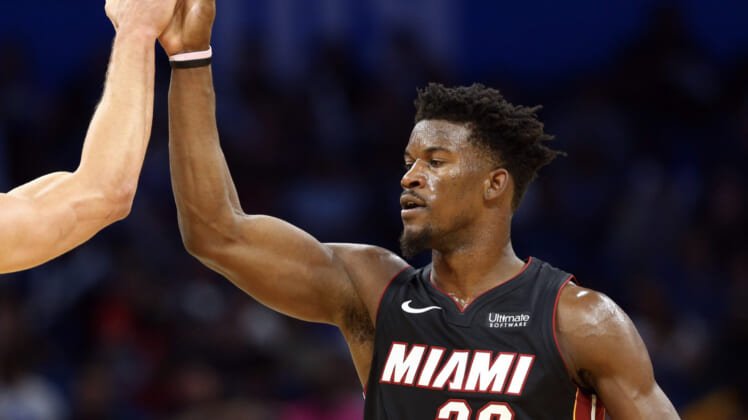 After missing the Miami Heat’s first three regular-season games due to paternity leave, huge summer acquisition Jimmy Butler is slated to make his debut with the team.

Butler will reportedly play Tuesday against the Atlanta Hawks in South Beach.

Miami acquired the All-NBA performer during the summer in a sign and trade with the Philadelphia 76ers that involved fellow wing Josh Richardson heading to Philly.

The Heat have opened this season at 2-1 without Butler in he mix. In his stead, undrafted rookie Kendrick Nunn is averaging 22.3 points on 42% shooting from distance.

Moving him to the bench will help the Heat with depth. After all, former All-Star Goran Dragic is currently the team’s sixth man.