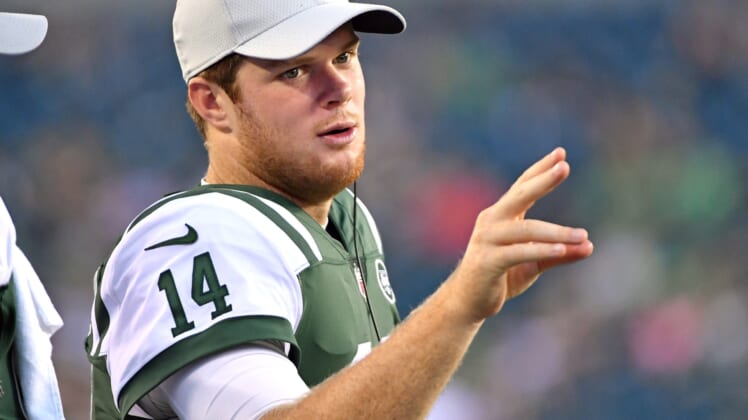 After missing the past three games with mono, New York Jets quarterback Sam Darnold will return under center Sunday against the Dallas Cowboys.

Darnold has been cleared to play after undergoing yet another battery of tests.

The second-year quarterback was seemingly ready to go last week. However, the team did not want to risk it after previous tests did not show positive results.

Given the serious nature of the illness, it makes sense that Darnold and the Jets would play it close to the vest.

The quarterback’s return couldn’t come at a better time. New York finds itself at 0-4 on the season following a humiliating blowout loss to the Philadelphia Eagles last week.

While the season is already lost in Jersey, getting Darnold a ton of reps in Gase’s offense is needed in order to conclude whether the head coach is a long-term solution.