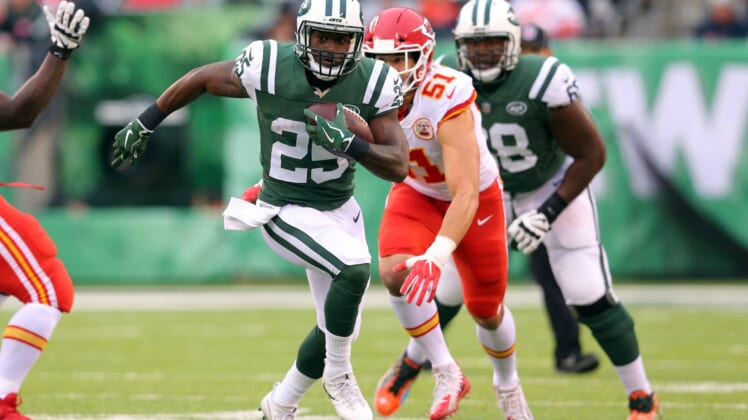 The New York Jets were expected to rely on second-year running back Elijah McGuire a whole lot this coming season. A sixth-round pick last year, the 24-year-old back recorded nearly 500 total yards as a rookie.

Unfortunately, McGuire has now been bitten by the same injury bug that has impacted other players early during NFL training camps.

According to NFL Media’s Ian Rapoport, the Louisiana-Lafayette product suffered a fracture in his foot during practice and is expected to be out a while.

#Jets RB Elijah McGuire, who figured to have a key role in the backfield, has suffered a fracture in his foot, source said. He’s going to require surgery and will miss an extended period. Depending on how long, he could be a candidate to return off Injured Reserve.

In a corresponding move, New York brought in veteran free agent running back Alfred Morris for a visit on Saturday.

In a vacuum, this could be an intriguing fit. A two-time Pro Bowler, Alfred Morris averaged a robust 4.8 yards per attempt with the Dallas Cowboys last season. It was his second season in Dallas after spending four highly-productive years with the division-rival Washington Redskins.

New York signed Isaiah Crowell away from the Cleveland Browns back in March to be its starting running back. The team also has fellow veteran Bilal Powell on the roster. Despite this, the Jets are still out here looking for reinforcements.