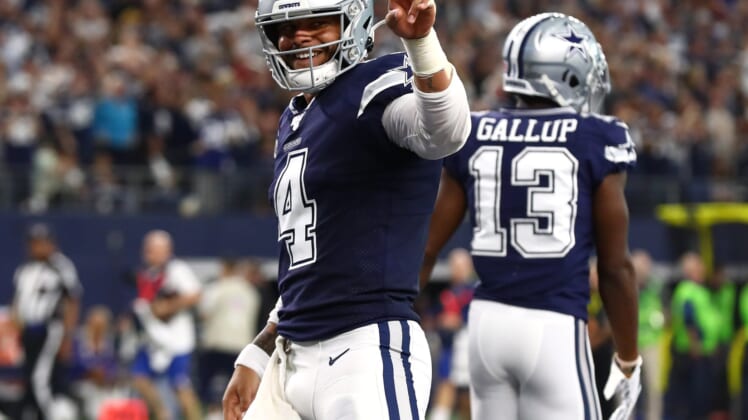 If you needed any further proof that Jerry Jones and the Dallas Cowboys are committed to Dak Prescott, here it is.

Speaking with media members Thursday, Jones made a stunning comparison when talking about how he feels about Prescott. He compared him to his son, Stephen Jones, saying, “There’s no going forward without Stephen or one of your family members. You got to get it figured out.”

Financial considerations aside, it’s darn-near impossible for Jones to give Prescott a more ringing endorsement as the team’s quarterback.

Dallas and Prescott’s representation met up at the combine this week, the first meeting between the parties as it relates to his contract since last September. Jones says we shouldn’t read into that at all, though.

A big reason nothing’s been done is that nobody knows what the rules will be as the proposed new collective bargaining agreement remains in limbo.

But it sure seems like Jones is ready to give Prescott the massive deal he wants, whenever it’s possible.