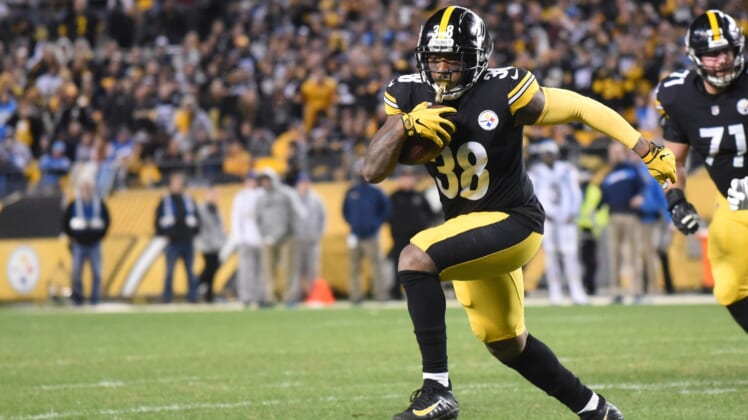 The Pittsburgh Steelers with be without second-year running back Jaylen Samuels for up to a month after he underwent knee surgery.

“We’ll continue to lean on the strengths of our collective group,” Tomlin said, per the Pittsburgh Post-Gazette. “Obviously, when Jaylen was a part of us, he was a guy we could lean on and a guy that had some experience and playmaking ability and some versatility. Now we’ll continue to spin the dial.”

Of course, another player who may be out a while is second-year quarterback Mason Rudolph, who suffered a significant head injury on a scary play in Week 5. Rudolph hasn’t been ruled out of Week 6, but everything hinges on his ability to get through the league’s concussion protocol.

Pittsburgh, therefore, could heavily rely upon veteran running back James Conner in Week 6 against the Los Angeles Chargers.