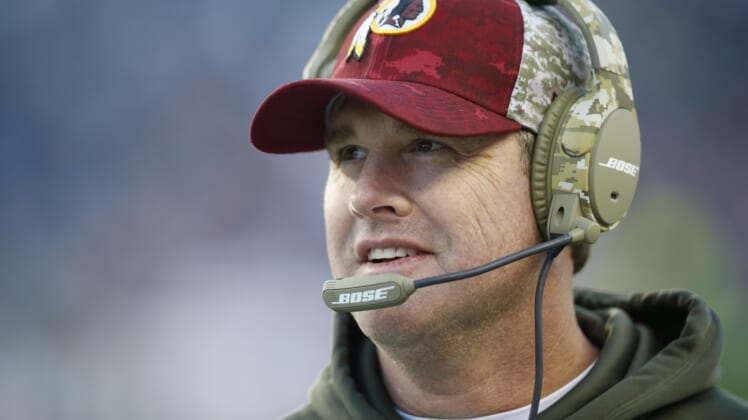 In the wake of Jay Gruden getting fired in Washington, his former assistant, Sean McVay, isn’t ruling out the possibility of adding him to his staff.

Lindsey Thiry of ESPN shared that McVay reached out to Gruden Monday as a friend, and that he said there is a possibility Gruden could join him as a member of the Los Angeles Rams.

McVay said he’s grateful for the way Gruden groomed him in Washington, saying Gruden helped teach him how to set up a game plan and “protected me from a lot of the things.”

The Rams coach also noted that Gruden will “have a lot of options” and that at some point the two of them will discuss potentially teaming up again. However, he finished by saying, “right now it’s more about just reaching out to a buddy and seeing how he’s doing.”