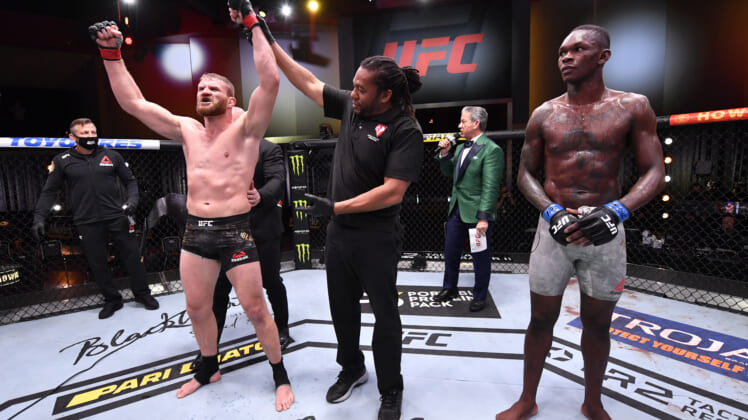 Jan Blachowicz has one specific reason for why he remains the only man to have beaten UFC middleweight champion Israel Adesanya in an MMA fight: Legendary Polish power.

Adesanya (22-1) successfully defended his 185-pound thrown for a fourth time at UFC 271 last week. As a middleweight “The Last Stylebender” has rarely been tested and has never lost. However, he has been beaten in a cage fight.

In March of 2021, Adesanya moved up in weight to face light heavyweight champion Blachowicz (28-9) in an attempt to become a two division titlist. After five hard-fought rounds, the second Polish champion in UFC history stunned much of the MMA world and beat Adesanya by unanimous decision.

Blachowicz was able to win rounds by scoring takedowns and keeping the Nigerian grounded for large swaths of those rounds. It is a strategy that several fighters have tried to mirror before and after, but none have succeeded at like Blachowicz.

Following Adesanya’s win at UFC 271 Blachowicz tweeted, “Still, the one,” with a wink added in for good measure. In a new conversation with Sportsnaut, the former light heavyweight champion was asked why he is still the only man that has been able to wrestle and beat Adesanya. And the 38-year-olds explanation was fairly simple.

Unfortunately for Blachowicz, he admits that there have been some nights in his career where he left his Polish power back in his hotel room. The most recent instance came in Oct. when he lost his title to Glover Teixeira by submission. It’s something he says can be a frustrating but sometimes unavoidable part of the vocation that is prize-fighting.

“I’ve lost a couple of fights, you know? It’s not my first loss. I’ve felt this feeling before,” Blachowicz said about the nights he was sans Polish power.

“Glover beat me. He is the champion. That was not the day for me. That was just a bad day at work, something like this,” he added. “I don’t want to explain myself, because I did that [after the fight]. I just left my legendary Polish power in the hotel room and that’s it. Next time I just take it with me, and everything will be perfect.” 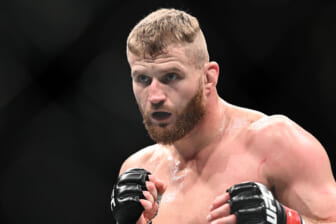 Also Read:
EXCLUSIVE: Jan Blachowicz details losing feeling in his arm from 3 hernias in his neck

After pulling out of his scheduled bout in March due to hernias in his neck, Blachowicz is hoping to have his planned bout with Aleksandar Rakic rescheduled at some point in the spring.