Jacob deGrom wants trade if no long-term deal with Mets 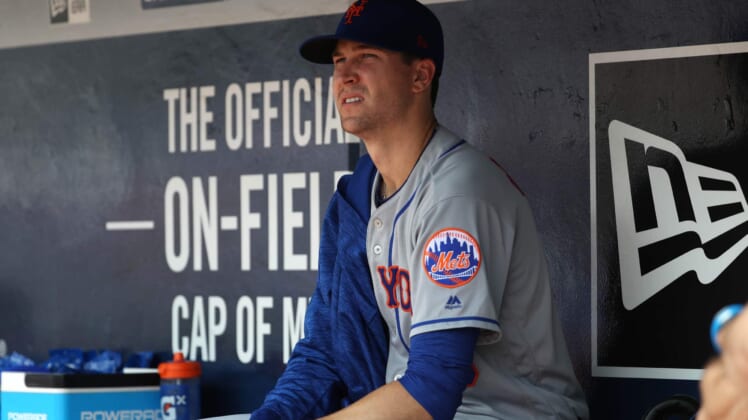 The agent for Jacob deGrom has come out with a very clear message to the New York Mets. Either sign the ace to a long-term extension, or trade him.

A subject of trade rumors, deGrom would be by far the best starting pitcher on the market this year. He necessarily want to be moved. But his agent left no doubt that if the Mets aren’t interested in an extension, then a trade is desired.

CAA’s Brodie van Wagenen, agent for Jacob deGrom: “We have discussed Jacob’s future with the Mets at length. Jacob has expressed interest in exploring a long-term partnership that would keep him in a Mets uniform for years to come.” 1/2

More from Van Wagenen: “If the Mets don’t share same interest, we believe their best course of action is to seriously consider trade opportunities now.
The inertia of current situation could complicate Jacob’s relationship with the club and creates an atmosphere of indecision.”

Brodie Van Wagenen in client Jacob deGrom: “It is not a demand for a trade. It is simply expressing Jacob’s interest to stay with the club long term (with an extension) and if he is not part of the future he understands that the club is better positioned to trade him.” #Mets

An extension for deGrom would do two things.

One, it would provide him with a lot of security. deGrom is having a fantastic season (1.68 ERA, 0.97 WHIP, 10.9 K/9 rate), but is also 30 and will be a free agent at the end of the 2019 season. As such, there’s a definite value in him signing a long-term deal now as opposed to waiting and risking injury or decline in performance.

Two, it would likely mean that New York committed to spending money to rebuild into a contender. One of the Mets biggest problems is that, despite playing in New York, they frequently act like a small-market team when it comes to the budget. But signing deGrom and then not spending money elsewhere would make little sense. If you’re committing that kind of money to a player like deGrom, you might as well commit elsewhere, too.

If not, then a trade makes sense. The Mets have recently indicated that they don’t want to deal deGrom. But at the same time, the farm system is weak and the team is awful for the second straight year. Whether it’s locking deGrom up long-term and spending some big money or making the tough decision to move him, the plan of attack clearly needs to change.