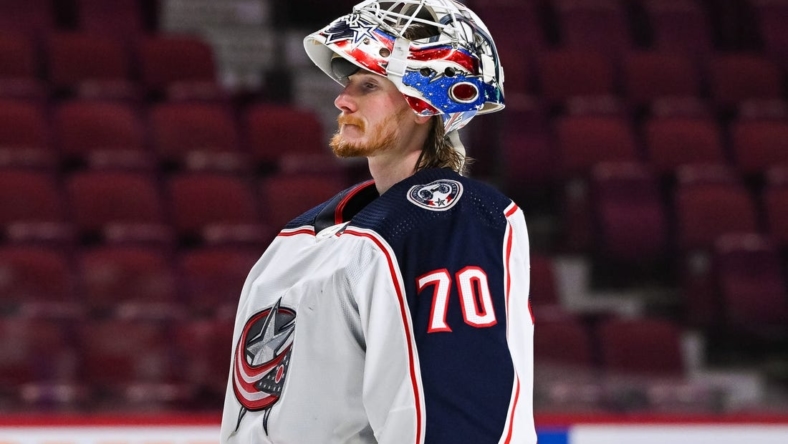 The Columbus Blue Jackets activated goaltender Joonas Korpisalo from the injured/non-roster list on Saturday and loaned him to the Cleveland Monsters of the American Hockey League on a conditioning assignment.

Korpisalo, 28, has missed the first nine games of the season following hip surgery in March.

Blankenburg, 24, is day-to-day with the injury sustained in last Sunday’s 5-1 win against the New York Rangers.

He has one goal and one assist in four games this season, bringing his two-year career totals to two goals and three assists in 11 games.