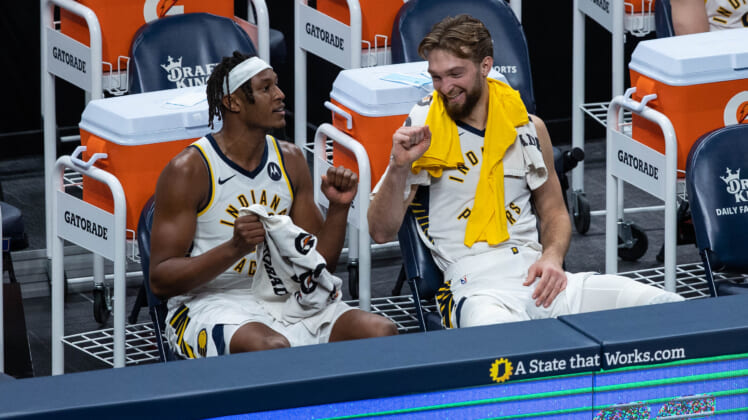 The Indiana Pacers are preparing for a rebuild, one that is reportedly leading to the franchise opening up talks for blockbuster trades involving Caris LeVert, Domantas Sabonis and Myles Turner.

According to The Athletic’s Shams Charania and Bob Kravitz, the Pacers are already receptive to trade dialogue with rival clubs about deals for LeVert, Sabonis and Turner. All three players are immediately generating significant interest around the NBA after years of the front office rejecting calls on its two big men.

Sabonis, a 25-year-old forward, would likely generate the most interest. A two-time All-Star selection (2020, 2021), the son of Hall of Famer Aryvdas Sabonis has become one of the best players at his position. Even more important for interested teams, Sabonis is under contract through the 2023-’24 season and is owed just a combined $56.4 million.

Carrying an $18 million cap charge this season and under contract for $18 million in 2022-’23, the 25-year-old center immediately becomes one of the biggest names on the trade market.

Based on the report, it seems likely that Indiana will keep one of its star big men. But that could change if the right offer comes along and another team is willing to overpay to land an impact player.