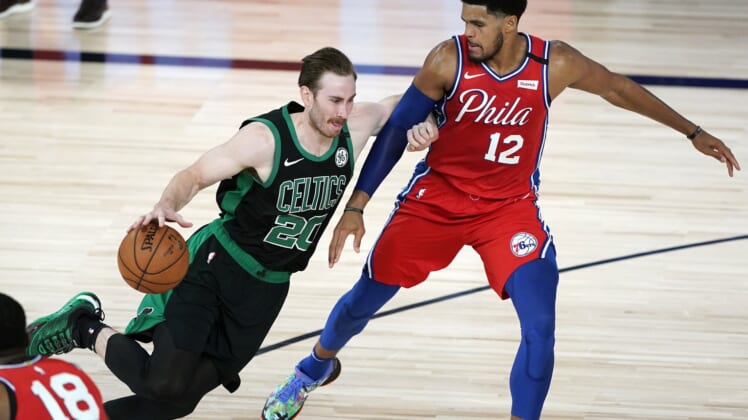 The Boston Celtics rode the hot shooting of Jayson Tatum and Jaylen Brown to a win over the Philadelphia 76ers in Game 1 of their Eastern Conference Playoffs matchup on Monday.

Unfortunately for Boston, the game did not come without a major loss. Injury-plagued forward Gordon Hayward suffered a right ankle sprain in the fourth quarter. Hayward was seen in a walking boot and using crutches after the game.

We now have some bad news on this front. Boston announced on Tuesday that Hayward suffered a Grade 3 sprain and is expected to miss a month of action. This could obviously have some wide-ranging ramifications as the Celtics look to come out of the Eastern Conference and earn an appearance in the NBA Finals.

Gordon Hayward is important to the Celtics’ success

Celtics’ thin rotation could become an even larger issue

Already thin from a rotation standpoint, losing Hayward for the next month could very well hamper the Celtics’ aspirations of leaving Orlando with the NBA title.

It’s now going to be up to Tatum and Brown to continue their upward trajectory. Not only that, the recently-extended Brad Stevens must find the right mix off the bench. If this doesn’t happen, a premature exit from the Disney bubble could be in the cards for Boston.