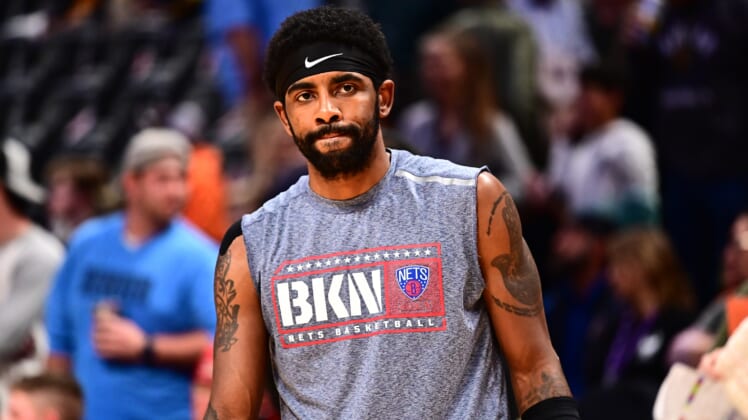 The Brooklyn Nets thought they had pulled off a coup by signing NBA champions Kyrie Irving and Kevin Durant this past summer.

Both had been targeted by the Knicks in the Big Apple, and surprised some by joining Brooklyn.

Things have not turned out this way. While the Nets’ brass knew Durant would likely miss the 2019-20 season with a torn Achilles, the Irving experiment has failed at every turn.

Here’s the deal: Irving has missed each of the past 13 games with a shoulder injury.

Irving’s personality: Much like what we saw in Cleveland and Boston, the star guard has apparently created drama in Brooklyn.

It’s not everyone else: At some point, we have to come to the conclusion that Irving is indeed the problem.

There has to be legit concern within the Nets’ brass that Irving’s attitude and standoffish ways could have wide-ranging implications moving forward.

General manager Sean Marks and Co. have attempted to build a winning culture — one that includes community. That’s why it was hard for the organization to trade D’Angelo Russell this past summer despite it becoming a necessity to acquire both Irving and Durant.

On the court: It’s not like the Nets have been better with Irving on the court thus far this season.

The contract: This could end up being an albatross of a contract should Irving continue to struggle with his attitude and injuries.

The Kevin Durant dynamic: We already know this two-time NBA Finals MVP also has a fickle personality. It could get interesting between Irving and Durant moving forward.

It’s hard to draw a conclusion about Irving’s four-year contract less than a third of the way into his initial season with the Nets. That’s fine and dandy. Maybe I am a bit premature on this.

But we’ve seen this dog-and-pony show before. LeBron was the problem in Cleveland. The city of Boston and its fans were the problem. Maybe it’s just Irving being the issue. He’s the one common denominator.

Add in injury issues, a bloated contract and some reported drama behind the scenes. When combined, it’s not hard to draw the conclusion that Brooklyn’s signing of Irving is already a bust.