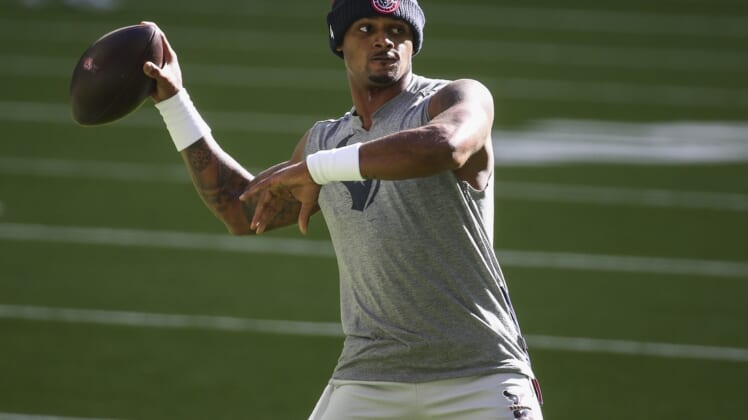 Houston Texans quarterback Deshaun Watson, the target of 21 lawsuits alleging inappropriate behavior and sexual misconduct, is now the subject of a police investigation.

Watson’s lawyer, Rusty Hardin, responded in a statement, “We welcome this long overdue development. Now we will learn the identity of at least one accuser. We will fully cooperate with the Houston Police Department.”

NFL spokesperson Brian McCarthy said in a statement to multiple media outlets, “We are continuing to monitor all developments in the matter which remains under review of the Personal Conduct Policy.”

Watson, 25, has denied the accusations of nearly two dozens masseuses who allege he used massages as pretext to prey on them. In the lawsuits, he is accused of exposing his genitals to the women and forcing one to perform oral sex.

Tony Buzbee, the lawyer for the 21 women who have filed suit against Watson, previously said his clients wouldn’t be taking their cases to the police.