HOF accepts Roberto Alomar’s resignation from board of directors 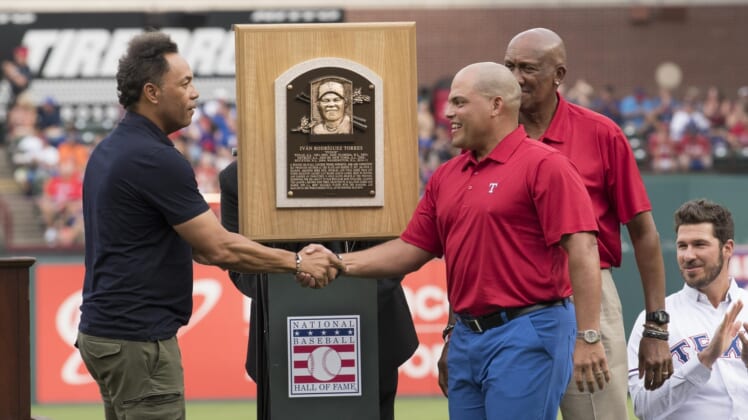 Chairman Jane Forbes Clark said the National Baseball Hall of Fame and Museum accepted Roberto Alomar’s resignation from its board of directors following an investigation into a sexual misconduct allegation against him.

Alomar was accused of sexual harassment by a former Blue Jays employee, who had filed a complaint against the former MLB star “months ago,” according to TSN in Canada.

MLB will not release any further details on its investigation in order to protect the victim who came forward, according to reports.

Alomar will no longer serve on the Hall of Fame’s board, but his plaque will remain in place at the museum in Cooperstown, N.Y. Clark first addressed Alomar’s status in a statement last week.

“The National Baseball Hall of Fame was shocked and saddened to learn of the news being shared today about Roberto Alomar,” the statement said. “When he was elected to the Hall of Fame by the Baseball Writers’ Association of America in the Class of 2011, Alomar was an eligible candidate in good standing. His plaque will remain on display in the Hall of Fame in recognition of his accomplishments in the game, and his enshrinement reflects his eligibility and the perspective of the BBWAA voters at that time.”

Alomar played five of his 17 major league seasons with the Blue Jays and had worked for the club as a special assistant since 2011.